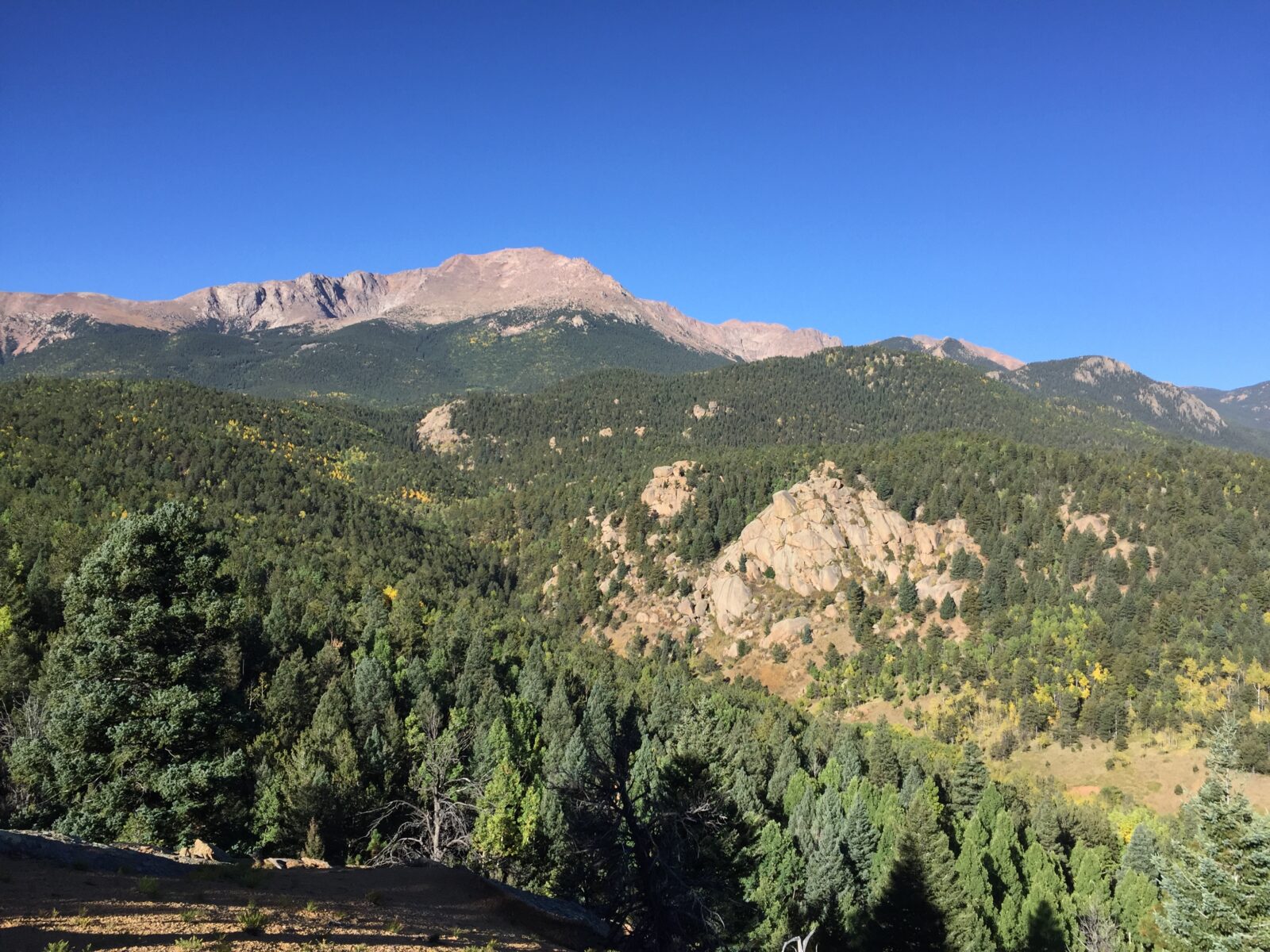 When I first moved to Colorado Springs in 1994, I went to a bike shop, bought a Pike’s Peak Atlas and started my quest to ride every trail on the map.  I almost completed it too, finding that many of the trails weren’t really mountain bike friendly or I didn’t have the skills to ride them.  Then over the course of the next couple of years, I got stronger. I was able to ride things that before, I could only dream of riding.  That’s the way it is supposed to work.  You keep trying until you can achieve the goal.  Not anymore.  Now some mamby-pamby, breast-fed-till-puberty wannabes have destroyed some of the greatest trails in the world.

About twenty years ago common knowledge was that if you wanted kick-ass single track you stayed far, far, far away from Denver.  First the trails were so busy that it made it impossible to ride, second, the trail organizations were such wussies that you wouldn’t have been shocked if you saw handrails.  Groups with great intentions for removing trail erosion destroyed the natural characteristics of the trials, turning them into what amounts to a nature path designed for 90-year-olds who can still make it to the bathroom without shitting themselves.

Now these groups have moved south and the trails are really starting to suck!  The most recent indication is that they have started venturing into Cheyenne Cañon.  This used to be one of the most premier areas to ride.  For decades it was primarily motorcycle trails, but after the Waldo Canyon fire the trails were closed to motor vehicles and the hikers and mountain bikers began to enjoy some of the most primo trail network on the planet.

There is a history here, however. Before the canyon the first place the trail police showed up to was Red Rock Park.  This was an old landfill the city acquired from private owners.  At one point it was even a trailer park.  About a decade or so ago they opened up the area to trail users.  This area was awesome!  You had to have some skill to ride there and it was a nice foothill trail system that before was just an eyesore.  Then all of a sudden the trail police showed up and turned the park into a shadow of its former self.  Now all you need to ride there is a 16 inch K-mart special with training wheels and hard rubber tires.  It’s sad. No skill level is required. Oh sure…they have a very small freestyle park, that 2 people use, but that’s about the end of it.

Back to Cheyenne Cañon. Just last year they took great effort to screw up one of the best single-track sections in the state. You got there by climbing up Buckhorn and into a small canyon along Bear Creek. Then you would ride along a stream bed over some chunky brick-like rocks to an area called Jones Park. From there you could ride all the way up to a fence that blocked access to a mountain reservoir.  Another route to get to this trail was to ride up to a place called Frosty’s off Old Stage Road and take the BEST DOWNHILL EVER into Jones Park and then the trail back to Cheyenne Cañon. It was the shit!  I could rip that thing like a boss!  Now they removed the downhill all together replacing it with a set of gutless, worthless, whimpy switchbacks you can ride no-handed up or down.  To top it off they’ve let the motorcycles back and the trails are so guttered and loose that the only way to get any speed is to have 125cc’s.

This summer the group moved into Ute Valley Park.  It wasn’t the most technical place to ride already, but it did have some nice natural challenges.  Over the last few months though, they have turned it into another gutless waste of dirt. Every minor bump has been turned into this flowy, no jump, zero challenge, little sissy-pants piece of nothing. It makes a real man cry.  Seriously…stop! You’re making me cry!

To add insult to injury, last weekend I was up at Indian Creek west of Sedalia. This used to be one kick ass downhill. Years ago someone built a set of jumps on the east leg of the trail down toward Waterton Canyon, and they were awesome! With moderate speed you could get two to four feet in the air. Now all of them have been carved down. Some witless twit ripped out all the jumps. Sure, you can go fast now, but all the challenge is gone. Congratulations…your mommy will be so proud. Go have some breast milk.

It has become clear to me that the E-bike generation has taken over.  No more is it required to actually pedal.  You just get a group of West Coast Wanabees to come out and pave the trails for you so you can ride your wannacycle.  “But Rex…if it wasn’t for my e-bike, I’d never have gotten off the couch.”  Sure…be proud of yourself.  You put down the donuts for 15 minutes and got on your moped.  I’m so impressed. Yesterday I had a guy with no lower legs, on a regular bike, pass my ass up a climb. You’ve done nothing.  Your e-bike is an electric motor scooter, and you’re a gutless pussy. Seriously…dude had prosthetic legs!

We are now in the era where the generation that’s supposed to be having children were once getting trophies just for showing up. I see it in my professional, and in my personal life.  They have no idea what it takes to work.  Life should just hand things to them.  Their parents made so many excuses for their worthlessness, that now they can’t be anything but worthless.  They just sit there, wet their Gucci diaper, and wait for mommy to take their lazy 30 year old, living in their parent’s basement ass, up the hill so they can coast down.

No wonder birth rates are down. No one has any balls.

Over the Labor Day weekend I decided to go to Crested Butte and ride Deer Creek. The reason this trail was so cool was because about half-way through the 30 mile loop around Mt. Crested Butte you had this miserable gut-wrenching climb to get to one of the most beautiful views in the State. It was a REALLY hard climb and those of us who made it without dabbing, got to brag about it for a year until we did it again.

Well…guess what! Not anymore! They took out the climb and put in about 10 switchbacks for the e-bike crowd. Seriously…it makes me long for the days of rigid bikes (what I was riding the first time I did that climb) and cantilevers.

Sure…the climb is still hard, but it’s not noteworthy hard. I weep for the future.